AT CLARKE’S HARDWARE we believe our knowledgeable staff makes all the difference. We start with a helpful attitude and always welcome the opportunity to solve your problems. We make a point of understanding your specific needs. Then, we offer reliable advice on the best options and items to do the job right the first time, every time. Finally, we stand behind all the products and services we provide.

Our relationship with you, our customer, is very important to us. We always appreciate your business—thank you for your continued support. -Read Clarke 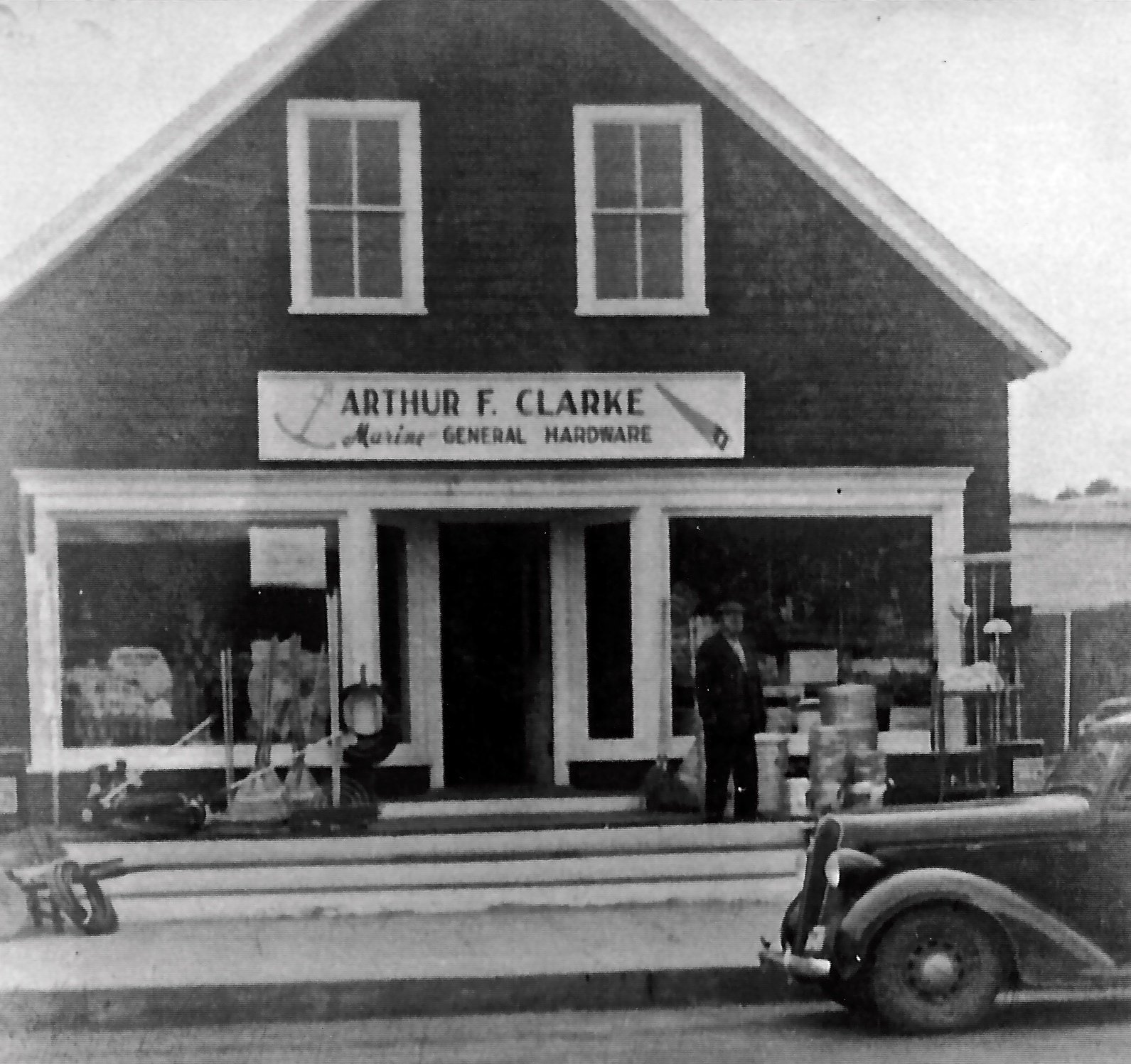 In 1960, the store was expanded to 2,500 square feet of retail space and 750 square feet of storage area. The store joined its first co-op in 1968, then named American Hardware Supply. The store was held by Arthur F. Clarke until February 1972 when it was sold. A second location was purchased in September of the same year in New London, New Hampshire. This 5,000 square foot store, named Clarke’s American Hardware, housed four full-time employees.

In 1977, the store was expanded to 7,500 square feet of retail space. American Hardware changed its marketing name to Servistar and requested all dealers to do the same. The expanded store became Clarke’s Servistar Home Center.

On September 1, 1979, a third store, Clarke’s Servistar Hardware, was opened in Claremont, New Hampshire. This 6,000 square foot store housed four full-time employees. Gordon L. Hunt joined the company in October of the same year. The Claremont store was closed in 1980 due to a lack of retail dollars to support the business.

In 1985, a renovation of the New London store was conducted using Servistar’s retail design. The name was changed to Clarke’s Hardware. In 1986, another expansion took place of 2,500 square feet outside storage for garden and landscape supplies. In the same year, the Wolfeboro store was expanded to 5,000 square feet under one roof. The second building at the Wolfeboro location was sold.

In 1988, a fifth store, Kris Kringle’s Gift Shop, was purchased in New London, New Hampshire. The 1,500 square foot Christmas and gift item store was run by Arthur Clarke. The store was closed in 1990 due to a lack of retail dollars to support the business. Arthur Clarke retired from the company.

1992 brought the twenty year anniversary of Clarke’s Hardware, the New London store. In 1993, the Wolfeboro store expanded into the rental business, and leased 3,000 square feet renovated for retail display and on-site warehouse. The name was changed to Bradley’s Hardware & Rent Center.

Marketing logos were developed in 1995 for the business. The New London store acquired a Lighthouse symbol, the Wolfeboro store a Golden Wood Screw symbol.

In 1998, the New London store expanded its offering to the marketplace by adding a full scale do-it yourself Rental Dept.

In 1999, Clarke’s Hardware reached an agreement with Ace Hardware Corporation of Oak Brook, IL to join their buying cooperative and maintain their marketing image in the New London store. This required Clarke’s to leave Servistar and HWI as suppliers and devote most of their buying direction towards Ace.

In 2000, Clarke’s completed a Full Level Ace Vision-21 store make-over to conform to the national appearance of the Ace profile. This task was completed by April 1st to preview Clarke’s Hardware 50 years in business anniversary year long celebration.

In 2003, Clarke’s Hardware signed the Ace Hardware commitment pledge of Helpful Service as a national campaign to excellence in the retail hardware industry. The store also received local recognition for “Best Service in Retailing” by an independent newspaper reader’s poll.

In 2004, Clarke’s was recognized by Ace Hardware as a national leader in Retail hardware excellence.

From 2005 to the present the store has expanded staff, product offerings (such as our depth of earth-friendly items) and business styles. The year 2010 marked our 60 year Anniversary!

In 2013, Clarke’s Hardware expanded into the adjoining space in our shopping center. This allowed us to improve our Paint and Housewares merchandise and reposition the entire store to 11,000 square feet of display area.

We move forward to continue providing what you need, and help in how to do it. Our quality products and solid customer service are what we are all about!